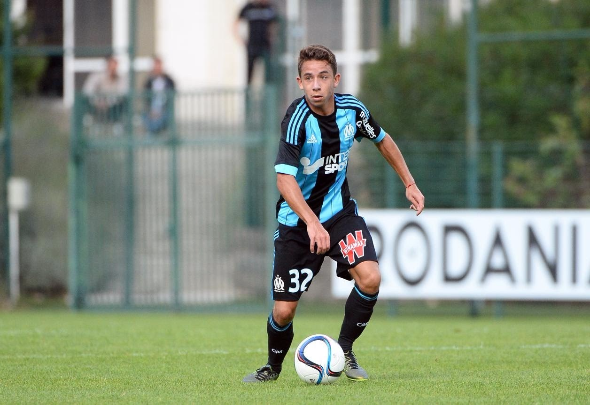 Liverpool scouts are casting their eye over Marseille attacking midfield starlet Maxime Lopez, according to a report.

Spanish football news outlet BeSoccer has claimed that the Reds alongside Arsenal are casting their eye over the 18-year-old.

The young star has made five first-team appearances for the club, providing one assist and is attracting scouts from around Europe.

He made his first start for Marseille in a midfield three against Bordeaux, in which his side drew 0-0 and he played the full 90 minutes.

Liverpool are particularly strong in the attacking midfield positions with Philippe Coutinho, Sadio Mane, Roberto Firmino, Adam Lallana and Georginio Wijnaldum all able to do a job there.

However, Jurgen Klopp will be eager to bring young prospects to Merseyside as he looks to lay some solid foundations for the famous club.

The Reds are famous for bringing through young stars with Raheem Sterling, Steven Gerrard, Michael Owen and Jamie Carragher just a few to come through the club’s academy.

They are currently sat in third place in the Premier League and Klopp will be keen to maintain the club’s high position in the future following an inconsistent past few years which has seen the club drop out of European football altogether.

In other Liverpool transfer news, Reds fans have shown little mercy for Alberto Moreno on Twitter after several reports suggested Jurgen Klopp could look to replace the Spaniard.