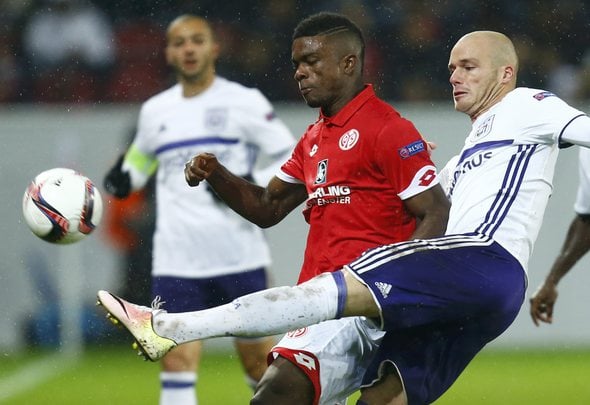 Leeds have lost in the race to sign Dutch centre-back Bram Nuytinck, according to a report.

Brussels-based news outlet De Morgen claims that the 27-year-old has been on the Whites’ radar, but they have missed out on bolstering their defensive options after he made a decision on his next destination.

Serie A side Udinese confirmed on their official Twitter account on Saturday afternoon that Nuytinck has joined them on a four-year deal from Anderlecht.

De Morgen reports that Anderlecht have pocketed £2.2million in the sale of the former Netherlands Under-21 international, who was a key part of their first-team last season as they lifted the Belgian Jupiler League title.

Nuytinck was in good form in the Belgian top-flight side last term as he earned 44 appearances across all competitions, scoring one goal in the process.

Leeds are known to be short of options in the centre-back role and are facing the prospect of starting the upcoming season with just Matthew Pennington and Liam Cooper available to play.

Pontus Jansson will serve a two-match suspension when the domestic season kicks off in August, meaning that an injury to one of Everton loanee Pennington or Cooper could seriously disrupt Thomas Christiansen’s start to life as Leeds boss.

Nuytinck looks like he could have been a very good buy for Leeds. Anderlecht are no poor side, and the Dutchman was instrumental in their backline last season as they breezed past all domestic opposition before them. It seems that the glamour of Italy and playing in Serie A has seen Leeds miss out on what was a bargain buy. Nuytinck has experience, is good in the air and would have filled a clear void in Christiansen’s squad. Leeds have to try and get in a new centre-back before it’s too late. The new season kicks off at Bolton in just over a week, so Christiansen has just days before he can add someone else to his squad. An injury to Pennington or Cooper could prove costly.

In other Leeds news, the Whites also look set to miss out on this centre-back to one of their Championship rivals.