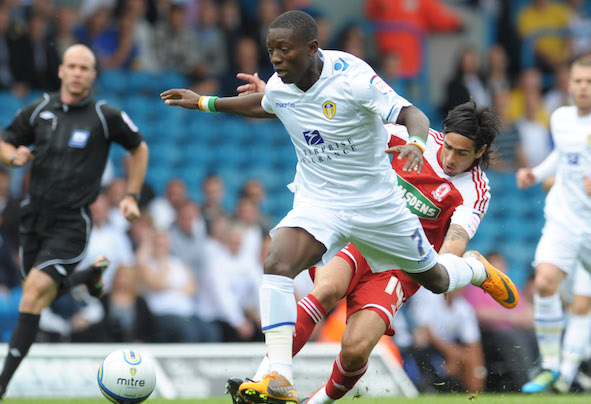 Aston Villa are interested in signing Bournemouth winger Max Gradel – and fans of the Championship club have urged their club to push ahead with the deal.

The Sun claim that Watford have had a £4million bid rejected for the Ivory Coast international, which was made up of an upfront payment supplemented by add-ons depending upon him completing a set number of games.

It is said that the two clubs failed to reach a resolution during the first round of talks but Watford may attempt to make another bid for the 29-year-old.

The Sun report that Villa and Birmingham are also interested in a loan deal for former Leeds, Leicester and St Etienne winger Gradel, who has made it clear that he wants to leave Bournemouth in search of regular first-team football.

Villa have bought five players already this month, with three signings announced in the last two days, but club chiefs have promised more players could be coming in before next Tuesday’s window cut-off.

Supporters are excited at the Gradel link and the possibility of a pacy wide man being added to a team that has struggled to score goals this season.

Max Gradel could also be a good addition for Villa, we need a Pacey winger #AVFC

Am I the only Villa fan who would rather pay Rhodes money for Akpom and Gradel rather than Rhodes himself ? #AVFC #UTV #rhodes

Gradel joined Bournemouth for a second spell in the summer of 2015 from French club St Etienne for a fee of £7million.

But he has failed lived up to the cost and has been a disappointment on the south coast, making just seven appearances for the Cherries in all competitions this season.

Gradel suffered a serious knee injury last season and Bournemouth responded by showing great faith in the winger with a new contract last summer that runs until 2020.

With Eddie Howe having other wide options such as Jordon Ibe and Junior Stanislas, Gradel has had to play second fiddle this season.

In other Leeds transfer news, the club have slapped a mega price tag on this first team star after Premier League giants expressed an interest in signing him by next Tuesday.