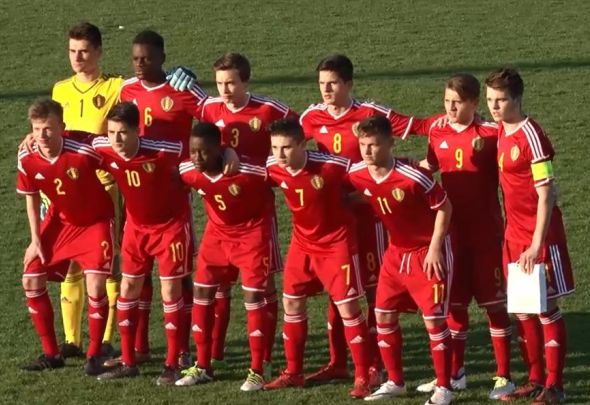 Belgian goalkeeper Jonathan De Bie has signed a three-year-deal with Tottenham, according to a report.

The 16-year-old has been targeted by a number of Belgian clubs as well as Liverpool, but has elected to join Spurs.

Belgian television station RTL claim De Bie is leaving Mechelen after progressing through their academy, and will now join Tottenham after impressing during a White Hart Lane.

He will be hoping to learn from experienced first-choice keeper Hugo Lloris at Tottenham, but is some way down the pecking order with Michel Vorm and Luke McGee already in the senior squad.

He has played for the Under-17s and Under-19s at Mechelen despite only being 16, and has caught the eye of scount across Europe.

In November 2015 he passed a medical at Liverpool, but the report says he has opted to sign for Spurs.

The north London giants have had a busy few days, announcing the signing of Vincent Janssen on Tuesday morning.

De Bie becomes the latest of a large group of Belgians in the Tottenham squad.

Jan Vertonghen, Toby Alderweireld, Nacer Chadli and Mousa Dembele have all established themselves as important players for Spurs, who are will play Champions League football this season after a third place finish in the most recent campaign.

In other Tottenham news, their star has been named in the worst team of Euro 2016.