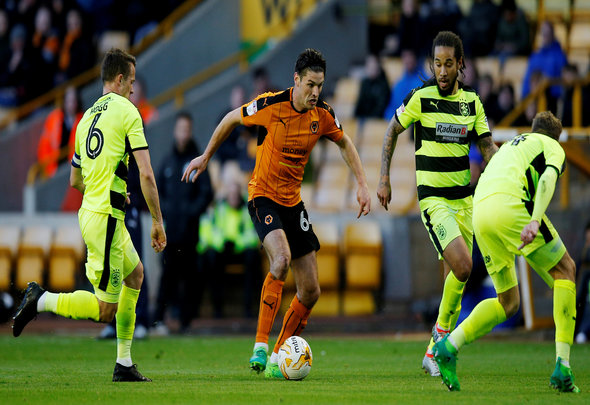 Wolverhampton Wanderers have turned down a bid for defensive prospect Cameron John as they hold talks over the potential exit of winger Ben Marshall, according to a report.
The Daily Mail claim that the Championship table toppers rebuffed a £500,000 offer for the 18-year-old centre back from a fellow second tier side, having starred his eight appearances for the club’s under-23 side this season.
However the club are said to be more willing to allow 26-year-old attacker Ben Marshall to depart Molineux, having reportedly responded to enquiries over an exit during the January window.
The former Blackburn Rovers man has made just nine appearances across all competitions this season, and has been left out of the club’s match day squad for the last 10 league games as Nuno’s side tighten their grip on securing an automatic promotion spot.
Since joining from Rovers a year ago he has 25 appearances to his name, scoring twice and chipping in with four assists.
Football Insider verdict
Besides a major collapse between now and the end of the season, Wolves have got their automatic promotion, and probably the league title, in the bag. They are by far and away the best side in the Championship, and should be thinking about their Premier League future. Marshall does not have what it takes to succeed among the very best in England and his departure seems a sensible one. As for John, he is a future talent and £500,000 is nothing if he is worth £5million-plus in five years time. They do not need to sell him, and refusing the offers is the best way to go right now.
In other Wolves news, the club are lining up a loan-to-buy swoop for a proven Premier League enforcer.