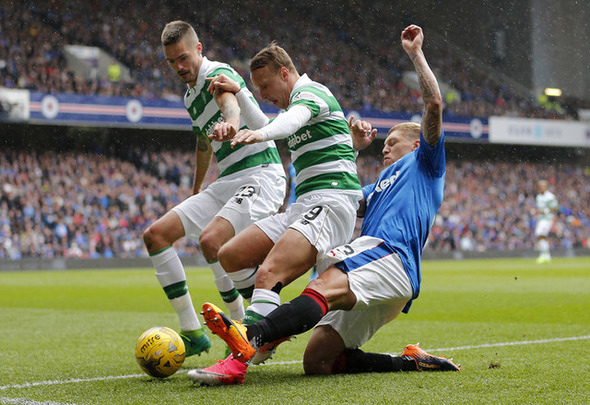 Sunderland are considering a move for Rangers forward Martyn Waghorn, according to a report.

The Mail claim that the English Championship club are lining up a deal for the 27-year-old as manager Simon Grayson looks to improve his squad.

It is understood that the striker is keen on moving back to Sunderland after previously beginning his senior career at the Stadium of Light.

The report details that the Gers are prepared to listen to offers for Waghorn as he will be available to sign a pre-contract agreement in January for a minimal cross-border transfer free.

Waghorn is competing for a starting spot at Ibrox as it stands and faces tough competition from Eduardo Herrera, Alfredo Morelos and Kenny Miller.

The forward is trying to prove he can play a major impact in Pedro Caixinha’s side, but the Portuguese boss has made several summer additions to improve his squad.

Waghorn is a versatile attacker that can play anywhere across the frontline, but is most recognised for filling a central role.

He made 41 appearances across all competitions last season for the Gers, scoring 16 goals and supplying nine assists in return.

However, he was still heavily criticised by a large number of fans who feel he is too inconsistent.

Waghorn should seriously consider trying to force through a move to Sunderland and reigniting his career with the Black Cats. The striker has proved himself to be a prolific goalscorer at Ibrox and impressed in Scottish football, netting 44 times in 78 games. However, it’s unclear whether he can force his way into a main role in the new campaign despite some positive performances in pre-season. Waghorn may not be the most eye catching player to watch and that has not helped him with some Gers fans, plus he did only manage seven league goals last season. Rangers now have the ammunition in attack and selling Waghorn could be good for them if they receive a decent price.

In other Rangers transfer news, they are ready to push the button on two new signings.