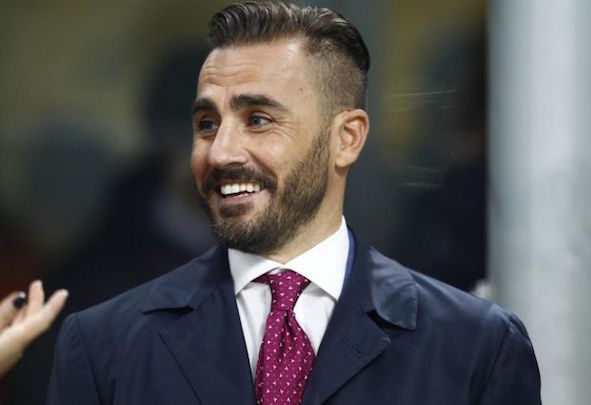 Fabio Cannavaro is being lined up by Leeds owner Massimo Cellino to become the club’s new manager, according to a report.

The Mail claim Cannavaro was in Leeds on Saturday for talks and is close to agreeing a deal to replace Steve Evans in the Elland Road hot-seat.

The former defender has impeccable playing credentials, having captained Italy to their 2006 World Cup triumph and played for Real Madrid and Juventus.

But his only managerial experience has come in low profile leagues with Al-Ahli Club of Dubai, Chinese Super League club Guangzhou Evergrande and Al-Nassr, who he left in February.

Leeds are mathematically certain of a place in next season’s Championship after Saturday’s 3-2 win over Reading lifted them to 54 points and 12th position in the table.

Evans has consistently said he wants to remain in charge at Leeds and admitted after the win over Reading that he is waiting for Cellino to invite him to hold contract discussions.

According to the Mail that is looking an increasingly distant prospect as Evans could become the sixth manager to be axed by the controversial owner during his fraught two-year spell in charge.

Brian McDermott, Dave Hockaday, Darko Milanic, Neil Redfearn and Uwe Rosler out of the Elland Road have already been shown the exit door by Cellino.

Evans signed a contract in October, which expires in June, to replace Rosler, who himself had only been in charge for 152 days after being appointed in May last year.

Evans passedRedfearn on Saturday to become Cellino’s longest-serving manager with 34 matches at the helm.

In other Leeds news, a member of Evans’ backroom staff has decided to quit at the end of the season.