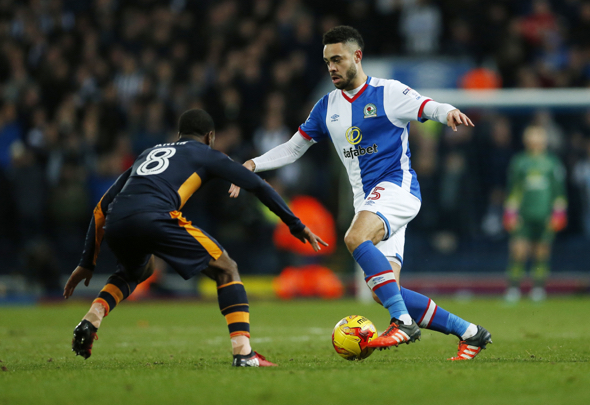 Leeds manager Thomas Christiansen is set to use versatile summer signing Vurnon Anita as a full-back next season, according to a report.

The Yorkshire Evening Post claim that the 27-year-old is expected to be deployed in a defensive role at Elland Road despite playing as a central midfielder for much of his career.

He completed a move to the Whites on a free transfer this summer following his departure from Newcastle.

Anita is now set to provide competition for new teammates Luke Ayling and Gaetano Berardi in the full-back areas for the upcoming campaign.

The Holland international is recognised as a defensive midfielder, but played right-back last season as Newcastle achieved promotion from the Championship as title winners.

He is now set for another defensive role and could help fill the void left by Charlie Taylor at Elland Road following his departure to Burnley.

Leeds already have a number of midfield options in their squad as Christiansen has been keen to bolster that position in the summer.

Mateusz Klich, Samuel Saiz, Liam Bridcutt, Ronaldo Vieira and Eunan O’Kane are all competing for a spot in the starting XI, meaning Anita may be guaranteed more game time at full-back.

Anita has great experience at both Championship and Premier League level, something that he will hope can make him an instant success at Leeds in his new-found role.

In other Leeds news, they are close to making an emphatic decisions on their 27-year-old.