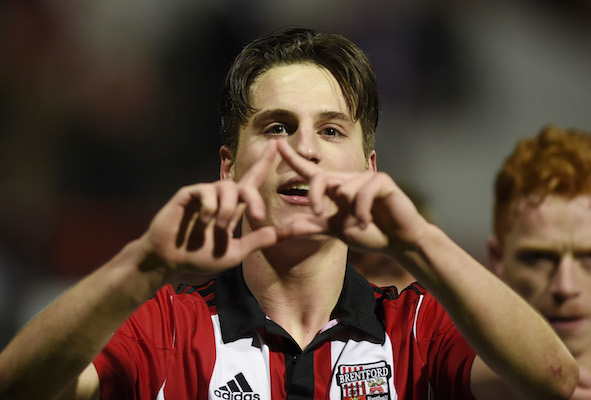 Leeds’ late January pursuit of Norwich forward Sergi Canos could depend on West Ham failing to agree a fee for Dimitri Payet, according to a report.

The Daily Star claim that the Whites are keen on a deal for Canos before next Tuesday’s window cut-off but face great competition from Championship rivals Brentford.

It is understood that the Bees are eyeing a move for Canos once they sell their own striker Scott Hogan to West Ham for £12million.

The report details that the Hammers have identified Hogan as a replacement for wantaway star Payet, but are not willing to sign him until they sell their prized asset as they continue talks with Marseille over a late-January transfer for the France international.

This means if Payet’s deal is not completed in January then Brentford would not have the cash to challenge for Canos, leaving Leeds free to swoop for him.

The Daily Star claim that Leeds have already spoken to Norwich about a potential deal for Canos and may be in pole position to sign him.

Canos has found himself out-of-favour at Carrow Road this season and made just six appearances across all competitions.

The 19-year-old is a product of Liverpool’s academy and completed a £2.5million move to Norwich in 2016.

He previously spent a loan spell at Brentford in the 2015/16 campaign and impressed in the Championship, scoring seven goals and supplying five assists in 38 appearances.

Leeds should jump ahead of Brentford in the race for Canos as he would certainly fit into Garry Monk’s philosophy. The 19-year-old attacker certainly has potential and will become the latest young player at Elland Road. He has not been given a fair chance at Norwich and was highly rated during his time at Liverpool’s academy. Leeds are fighting for promotion this season and look a strong outfit, but could certainly do with more attacking options during the second half of the season. Canos could compete for a position alongside the likes of Kemar Roofe, Alex Mowatt, Souleymane Doukara and Stuart Dallas.

In other Leeds transfer news, the club have been given the green light to push through a landmark deal.