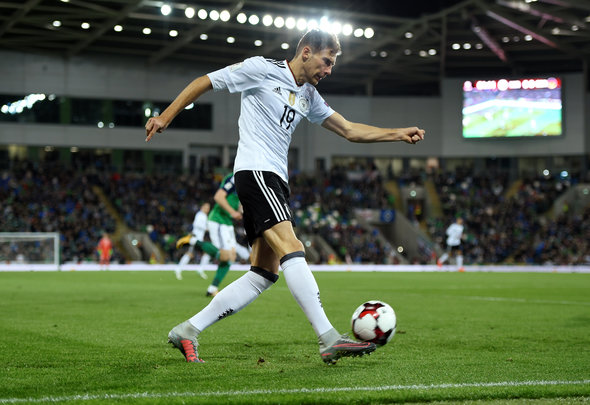 Schalke midfielder Leon Goretzka has not entertained approaches from a trio of European giants as he looks to secure a move to the Premier League, according to a report.

Spanish publication Sport claim on their website that the German playmaker has not listened to offers from the likes of Real Madrid, Barcelona and Bayern Munich, with a move to England his priority.

The 22-year-old’s reported behaviour will have handed the likes of Tottenham a major boost, with the Mirror claiming that the Lilywhites have recently embarked on several transfer missions to scout the pass master and increase their chances of securing his signature.

However Mauricio Pochettino reportedly faces a Premier League fight for his services, considering his contract set to expire next summer, with Liverpool and Chelsea named by Sport as those most likely to snap him up.

It seems inevitable that Goretzka will be plying his trade in the Premier League in the coming months, be it from January or next season, and that it is just a matter of who manages to beat the competition to his signature. Tottenham, with their promising performances in both domestic and continental football and Pochettino’s record of developing young talent, seem like a good destination for the 22-year-old, but he may feel there is too much competition to break into the first team. Liverpool certainly do not have the same calibre in the centre of the park as Spurs, while Chelsea seem a shadow of the side who stormed to the Premier League title, so he may feel that he could improve both squads and be handed regular playing time. Either way, it promises to be a transfer saga which drags out, and fans can expect several twists and turns on the way to the end result.

In other Tottenham transfer news, a league manager has revealed this shocking piece of information which stopped him snapping up a Spurs star.