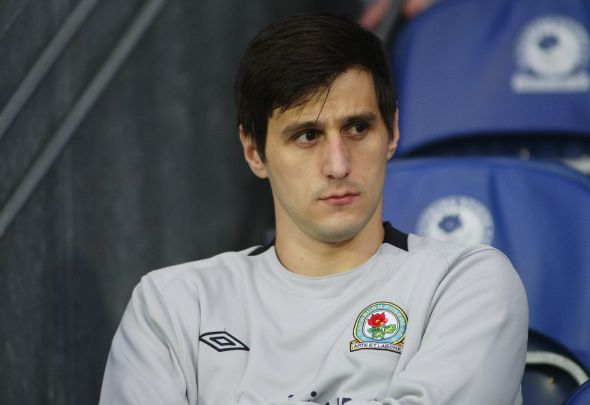 Everton have tabled a bid of up to £21.6million for Fiorentina striker Nikola Kalinic, according to a report.

Sky Sports Italy journalist and transfer expert Gianluca Di Marzio claimed on his website that the Toffees had tabled an offer believed to be between £17.3million and £21.6million.

It is said that the Italian club have rejected the offer as they are holding out for a fee in the region of £30.2million for the attacking spearhead.

The Serie A forward has breathed life back into his career following a mixed stay at Blackburn, where he managed just 13 goals in 53 league and cup encounters.

The 28-year-old rediscovered his goalscoring touch with Ukrainian side Dnipro, where he found the back of the net 49 times before joining Fiorentina, scoring 13 times last season in 29 starts.

The former Hajduk Split striker has three years remaining on his current deal, and Fiorentina are not looking to sell him.

Toffees manager Ronald Koeman is looking to bring a striker to Goodison Park to give Romelu Lukaku competition, with flop Oumar Niasse placed on the transfer list.

Everton have made three signings this summer, with goalkeeper Maarten Stekelenburg, Swansea skipper Ashley Williams and Aston Villa’s tireless midfielder Idrissa Gueye all being welcomed through the Goodison Park gates.

In other Everton transfer news, there has been a twist in the transfer saga involving this Premier League defender.