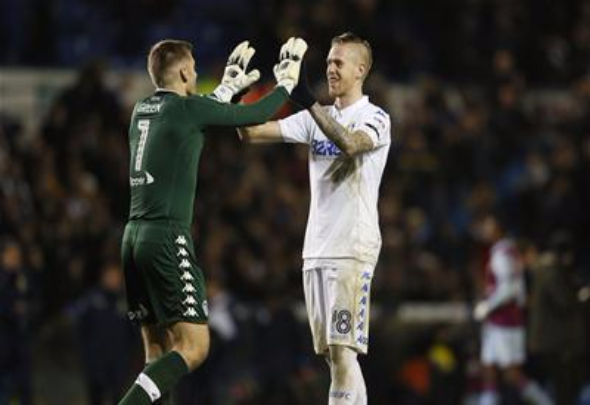 Pontus Jansson has signed a four-year Leeds contract and will join the club permanently on 1 July, according to a report.

Jansson confirmed to the Swedish media that he will transfer from Torino to Elland Road after Leeds triggered the option in his loan deal to sign him for £3.5million.

The Championship promotion hopefuls had to wait until the centre-back had made his 22nd appearance for the club before signing him permanently, which came in Wednesday’s 2-0 win over Nottingham Forest.

Swedish newspaper Expressen claim Jansson has signed for Leeds until the summer of 2021 and that his deal will come into effect on 1 July of this year.

It has been widely reported that Leeds will pay £3.5million to Torino for the Sweden international, who has made 10 appearances for his country.

He has been a huge success at Elland Road since joining initially on a season-long loan last summer from the Serie A club.

Jansson has established a hugely impressive central defensive partnership with fellow loanee Kyle Bartley that has been the bedrock of Leeds’ promotion challenge.

The duo were integral to the team keeping a clean sheet for a sixth consecutive home match on Wednesday as Leeds bounced back to winning ways following their weekend defeat to Barnsley.

Speaking to Expressen, Jansson said: “I am forever grateful for all the love I received, from people in Leeds but also from all those who follow me in Sweden.

“It has been a little stressful not one hundred percent belong to a club so it feels extra nice now that it’s clear.

“Now I can put the focus on the Leeds and the war that we are ready in the summer to come to the Premier League.”

Leeds are third in the Championship and nine points adrift of leaders Brighton as they chase a return to the top flight following 13 years in the lower leagues.

Leeds’ recruitment last summer was outstanding, and the most impressive deal of the lot was the one that brought Jansson to the club. Triggering the permanent option in his contract is a no-brainer. He is perfect for the team, the club and offers so much more than simply being a super-solid centre-back who makes life a misery for centre-forwards. Jansson has captured the hearts of the supporters with his dynamism, commitment and, yes, mega matchday swearing. He has emerged as both hero and cult hero, an emblem of the team and a focal point for fans who have been let down so often over the last 13 years.