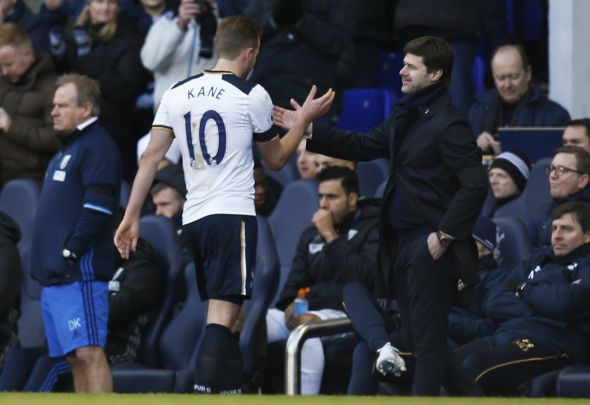 Tottenham striker Harry Kane has turned down a move to join former boss Andre Villas-Boas in China, according to a report.

The Standard has claimed that the star man’s camp were approached by intermediaries who asked about his willingness to move to the Far East.

It is stated that they were asked specifically about Villas-Boas’ side Shanghai SIPG, but the 23-year-old snubbed the interest and is focused on trying to win a major trophy with Spurs.

Meanwhile, it is also believed that full-back teammate Danny Rose is being targeted by the Portuguese manager.

The left-back has emerged as a star of the Spurs team this season and has formed into one of the best full-backs in the Premier League.

But, the Standard believes any move is likely to fall the same way as Kane’s and the England international is not for sale.

Villas-Boas was manager of Tottenham for just 17 months, joining in July 2012 before leaving in December 2013.

Neither player were given many opportunities at the club with the former Chelsea manager in charge, as Rose was sent out to Sunderland on loan, while Kane made temporary moves to Norwich and Leicester.

The pair are now starring under Mauricio Pochettino in a very successful Tottenham side and the north London club will be sure to keep their two stars for as long as possible.

At 23 and 26 years of age both Kane and Rose should avoid moving to China. The country is ever-growing in the football world due to the money they are able to send out, but there is definitely a feeling that the bubble could soon burst. Now at Spurs the duo have a chance of becoming big names in a reputable league and as current England internationals they still have a lot to offer. A move to a league such as China should be reserved for when players are nearing the end of their careers, similar to America. Villas-Boas was once a highly regarded coach, but after spells with Zenit and Shanghai SIPG it is clear what his intentions are. Rose and Kane should refrain from following the same path for the foreseeable future.

In other Tottenham transfer news, Erik Lamela has responded to speculation that he will quit Spurs.