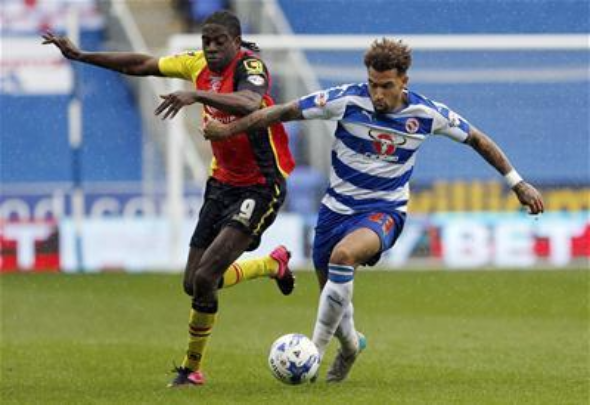 Leeds are keeping close tabs on Reading midfielder Danny Williams, according to a report.

Berkshire Group Sports editor Anthony Smith has claimed on his personal Twitter account that Leeds and Wolves are keen to sign the 27-year-old USA international this summer.

Williams only has one-year left on his current deal at the Madejski Stadium and he is expected to leave the club this summer.

The German-born player had previously expressed a desire to play in the Premier League in a bid to boost his international chances with the United States.

However, Leeds will be hoping to land the proven Championship player and Williams could be a key target given the departure of Lewis Cook from Elland Road on Friday.

The player who represented Germany at Under-15 level has starred for the United States 19 times since making his debut in 2011.

He had spells in Germany with Karlsruhe, Freiburg and Hoffenheim before moving to Reading back in the summer of 2013 in a £1.5million move.

The American featured in 46 fixtures for the Royals last season across all competitions scoring six goals from his midfield role.

It’s been a busy summer already at Elland Road, with Garry Monk bringing in six new players. The most expensive recruit has been reigning League Two Player of the Year Kemar Roofe for a fee believed to be around £3million.

In other Leeds news, NEC Nijmegen will not sell Leeds target Anthony Limbombe on the cheap this summer.