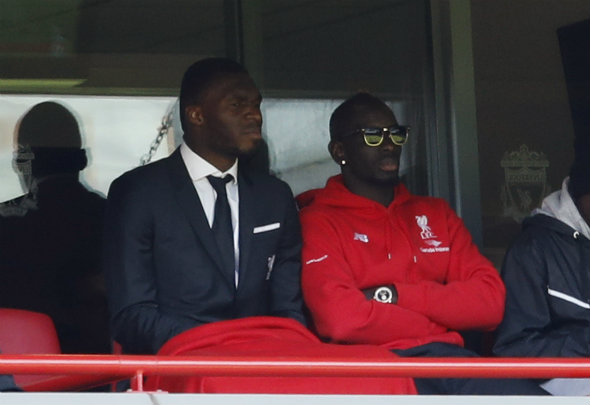 Liverpool defender Mamadou Sakho is desperate to leave the club this window with Southampton and Spartak Moscow chasing his signature, according to a report.

French news site Get French Football has claimed that the European clubs are still in contact regarding a deal for the 28-year-old, who would prefer to remain in England.

It is said that the Saints are looking for a loan deal with an option to buy, but the Reds would prefer to sell the player outright.

But, it is also reported that the south coast side are “well-positioned” going into the final stages of the window with Sakho keen to resurrect his career elsewhere.

The France international has been frozen out by manager Jurgen Klopp at the club after a pre-season bust up which saw him sent home from their pre-season tour of the U.S.

The player has not featured for the Liverpool first team since April 2016 against Everton, as he was also under an investigation regarding doping allegations toward the end of the 2015-16 campaign.

It is understood that Southampton are in desperate need for a new centre-back after suffering a humiliating 5-0 defeat at home against Arsenal on Saturday.

Sakho is clearly not needed at Liverpool and they should look to get him off the books as soon as possible. The player has been completely frozen out by Klopp so much so that he’d rather risk playing Lucas Leiva out of position in the back four instead of the Frenchman. However, if the Reds keep their stance of not allowing him to leave on loan initially then they may be lumbered with him until the summer at the least. Southampton are usually reluctant to spend big in January and they very rarely bow down to selling clubs when pursuing a player. A move to Moscow is still possible, but Russia has a reputation for racism and it would be understandable if Sakho didn’t want to move there.

In other Liverpool transfer news, there has been a final development in the Reds’ pursuit of this Serie A wonderkid.