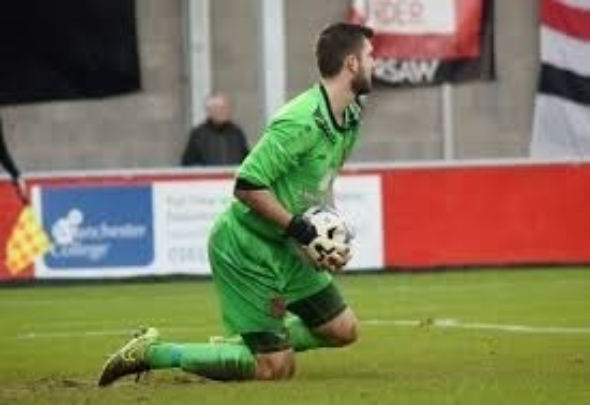 The 22-year-old shot stopper played in goal for his side, as they suffered a 2-0 defeat.

However, he is rated highly and the report states that Crook had a summer trial with Sean Dyche’s Burnley side.

The youngster established himself as manager Simon Weaver’s number one in 2015 and he has also rejected taking up a scholarship in the United States in order to stay with Harrogate.

Leeds currently have former England international Rob Green in goal, but at 36 Garry Monk may be looking for someone with his best years ahead of him.

The former Swansea boss also has Tuesday night penalty shootout hero Marco Silvestri as an option, but it has become clear that Monk see’s him as a number two.

The Yorkshire giants are looking to be playing in the Premier League next season as they currently sit in 10th place and three points behind Bristol City in the play-offs.

They will face Midlands outfit Burton at Elland Road on Saturday, and they will see it as an opportunity to earn three more points against Nigel Clough’s men.

In other Leeds transfer news, the Yorkshire giants could look to reignite their interest in this Premier League striker.