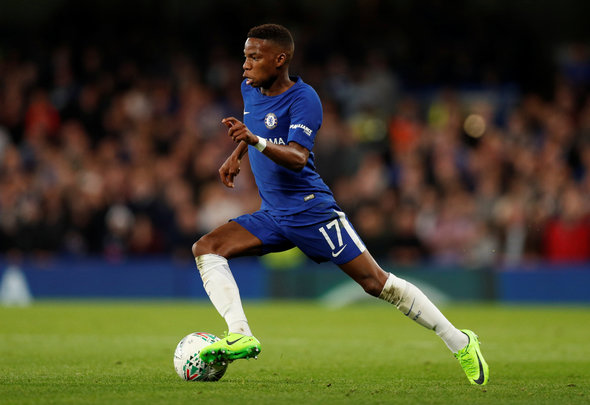 Newcastle United are among a host of Premier League sides who are eyeing up a swoop for Chelsea’s Charly Musonda after the Blues decided to let him leave on loan, according to a report.
The Telegraph claim on their website that the reigning Premier League champions are willing to see the 21-year-old attacking midfielder leave Stamford Bridge temporarily, which has left the Magpies, as well as Bournemouth, Watford and West Brom, considering a move.
The youngster, who plays in a central attacking role or on either wing, has made six first team appearances after making his debut for Antonio Conte’s senior squad earlier this season, with his latest outing as a substitute appearance against Norwich in the FA Cup.
Newcastle have recently taken Christian Atsu on loan from the Blues, who are demanding that Musonda is handed regular game time in the first team.
Football Insider verdict
Newcastle need some inspiration in attack and it could be that Musonda is the man to inject that during the second half of the campaign. He is a raw talent, as yet unproven in the top flight, but he is held in high regard by both club and country, with 12 appearances for Belgium’s under-21 side. Is he what Newcastle desperately need? Not exactly, as they already have a host of talent on the wings, but using him centrally could help take the load off midfield maestro Jonjo Shelvey, who is the primary source of creative inspiration from the middle of the pitch. There is a lot of competition, but Newcastle should feel confident in being able to offer the Blues everything they want.
In other Newcastle United transfer news, the club are looking to secure an imminent deal for an international star.
We’ve launched a << BREAKING NEWS FEED>> exclusively for your club. ‘Like Us’ on Facebook by clicking here if you want 24/7 updates on all Newcastle United breaking news.