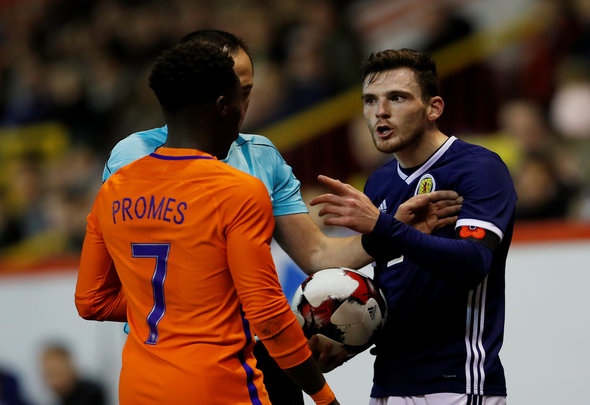 Newcastle United could try and sign Liverpool left back Andrew Robertson following his lack of game time after his summer move from Hull City, according to a report.

The Chronicle claim on their website that the Magpies were keen on securing the Scottish international defender over the summer but the 23-year-old moved to Anfield instead, although he has not endured an easy time at the Premier League giants.

He has managed to make just three appearances for the Reds this season, two of which have come in the league, and has been left out of the match day squad for eight of the club’s 11 top flight games.

The 19-time-capped international has admitted that he is frustrated with his lack of playing time, and the Chronicle claim that Newcastle, who are currently lacking a fit left back, could try to take advantage and swoop in January for a temporary deal.

On paper, a loan deal in January appears to work for all parties involved. Newcastle, who are missing Paul Dummett and Massadio Haidara through injury, get another left back option to help bolster their back line. Liverpool will have one of their lesser utilised talents earning first team experience in the top flight, something which will benefit in the long run, and Robertson himself is playing the football he so desperately desires. Whether it works out as conveniently as that awaits to be seen, but there should be no doubting that having him sit on the sidelines is not the best use of his talents. Still, the season is long and Jurgen Klopp may well have an idea of how he wants to utilise his summer signing, which would in turn scupper Newcastle’s plans. One to watch, but lots can change between now and the closing of the January window.

In other Newcastle United transfer news, the club are also looking at reigniting a move for a midfield powerhouse.