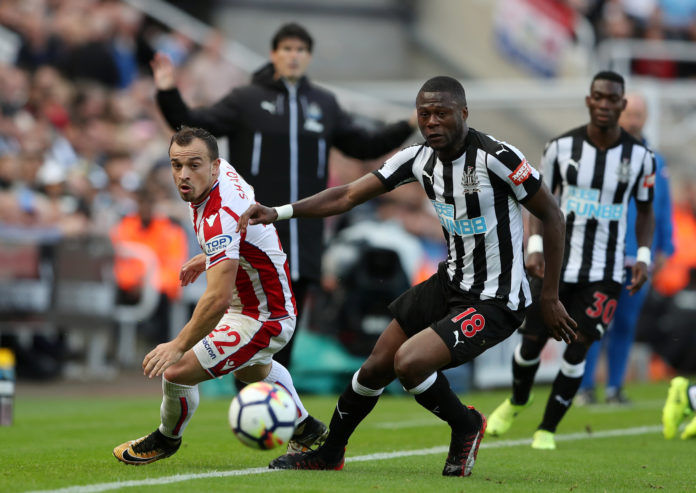 Newcastle United have put senior defender Chancel Mbemba on the transfer list with former club Anderlecht facing a battle with Standard Liege to secure his capture, according to a report.

Belgian newspaper Nieuwsblad claim on their website that the two Jupiler League heavyweights, who occupy second and third in Belgium’s top flight, are keen on taking the Democratic Republic of Congo international back to the country he arrived in England from, after falling out of favour under Rafael Benitez.

It is said that Andrlecht, Mbemba’s former side, are eyeing up a return for the 23-year-old, but that they will not pay the Magpies the £10.5million (€12million) that they spent on him back in 2015.

Newcastle’s transfer budget will likely be made up primarily of the funds that can be gathered from transfer sales and there are some names at St James’ Park that will be seen as prime opportunities to make some quick cash. Mbemba’s will certainly be among those, and there will be a desire to recoup the money they spent on securing his signing as they look to strengthen over the summer. However the Belgian sides are not going to have the financial clout to meet Newcastle’s demands and so there will either need to be a compromise, or the Magpies will be hoping a side with more money than sense comes in to snap him up. Either way, Mbemba’s future on Tyneside looks dead in the water, something which will have some of the Toon Army scratching their heads after some half-decent performances.

In other Newcastle United news, there is desperation behind-the-scenes at St James’ Park as the club fear for their senior figure.