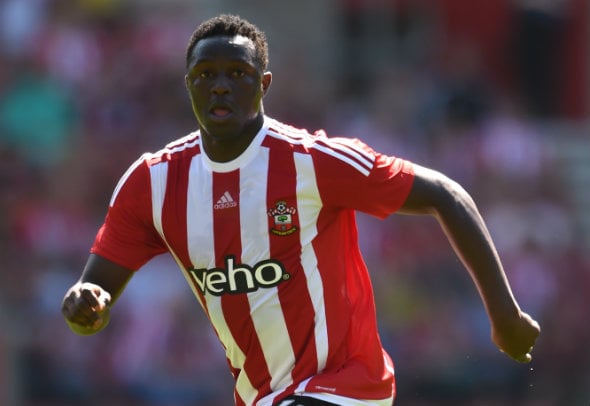 Southampton have placed a £12million price tag on Tottenham target Victor Wanyama, according to a report.

As reported by Football Insider, Spurs are close to reaching an agreement with Southampton for midfield enforcer Wanyama following extensive negotiations.

The Mirror claims Spurs have beaten off competition from Premier League champions Leicester and will welcome the 24-year-old to the club for a medical in north London in the coming days.

It is said Mauricio Pochettino has successfully landed his former player in an £11million deal after Tottenham’s failed bid to bring Wanyama to White Hart Lane last summer.

However, Sky Sports claim Southampton want to recoup the £12million they paid Celtic for the defensive midfielder in 2013, with Tottenham negotiating to pay slightly less for the Kenya international.

Southampton are currently managerless after losing Ronald Koeman to Everton this week and are ready to admit defeat in their bid to keep the player now he has entered the final 12 months of his contract.

Wanyama had been offered a lucrative new five-year deal by Southampton, but he refused to sign and the club have moved to cash in on the player instead of losing him on a free next summer.

The Kenya international is set to become the first Southampton player snapped up directly from his former club by ex-Saints boss Pochettino.

Wanyama has had an excellent season, making 35 appearances for the team that finished sixth in the Premier League.