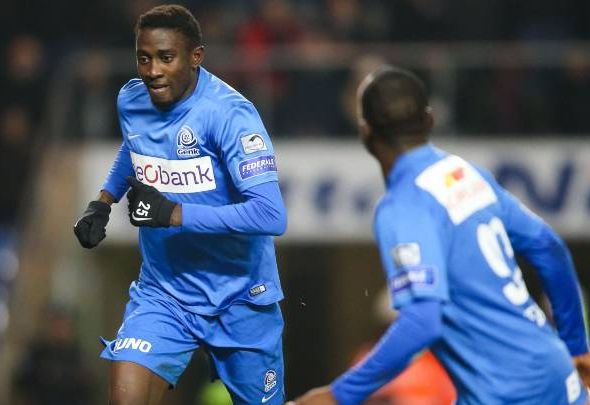 Racing Genk teenage sensation Wilfried Ndidi is attracting the interest of Premier League heavyweights Chelsea and Tottenham, according to a report.

Belgian newspaper Het Laatste Nieuws claim that the 19-year-old has been watched by the London rivals’ scouting departments, after he was the subject of an £8.6million offer from Bundesliga side Hamburger SV.

It is said West Brom sent a scout to watch him play against Lokeren on Sunday.

Genk are desperate to keep Ndidi for at least one more season, as Peter Maes’ side look to add to their three Belgian Pro League triumphs this season. Genk’s number 25 still has four years remaining on his Cristal Arena deal.

Following his £150,000 move to Genk from Nigerian side Nath Boys in January 2015, Ndidi has broken into the Belgian Pro League side’s first team making 58 appearances in league and cup encounters.

Ndidi is renowned for his versatility in Belgium, operating predominantly in defensive midfield but also able to play anywhere across the back four.

The three-time Super Eagle, who made his debut for his national side against DR Congo in October 2015 at just 18, was part of Nigeria’s preliminary 35-man Olympics squad for this summer’s games in Rio, but didn’t make the final squad who won the bronze medal.

In other Tottenham transfer news, this defender has travelled to complete a £5million deal.