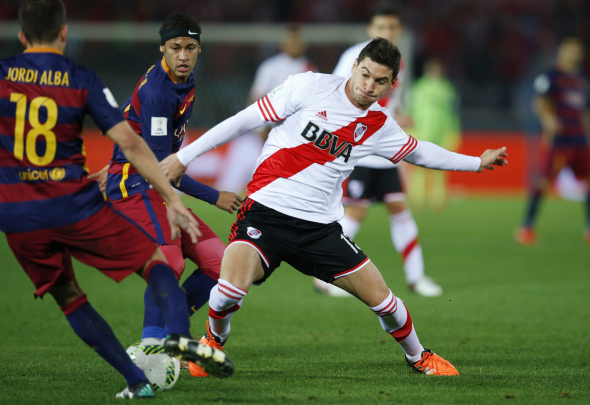 Tottenham are considering a move for striker Lucas Alario, according to a report.

Spanish outlet Marca claim that Spurs are interested in signing Alario despite him signing a new contract with River Plate that keeps him with the Argentinian side until 2020.

The report details that Alario has a £15.2million release clause in his new deal and that Spurs, Liverpool, Torino and Benfica are all keeping tabs on the 23-year-old.

Alvario’s agent Pedro Aldave claimed that his client would have moved to White Hart Lane in July if his old £11.3million release clause was met, but they will now have to cough up extra money to land the Argentinian.

Alario has scored an impressive 19 goals in just 39 appearances for River Plate but is yet to play in Europe.

Mauricio Pochettino only has two recognised senior strikers in his squad, with Harry Kane and Vincent Janssen his options.

Spurs were linked with several forwards in the transfer window and did manage to land Dutchman Janssen to support the club’s talisman Kane.

Spurs’ success last season means that they will be competing in both European and domestic competitions, so Pochettino’s squad is likely to be stretched.

In other Tottenham transfer news, their defender has agreed a new £75,000-a-week deal with the club.