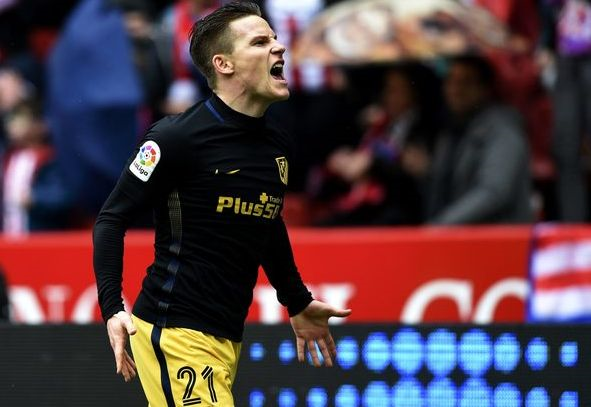 Tottenham have been sounded-out by Atletico Madrid over a potential summer deal for goalscorer Kevin Gameiro, according to a report.

It was reported in the Mirror on Sunday that the 29-year-old could be made available at the end of the season, after falling out-of-favour at Atletico Madrid.

Tottenham, meanwhile, have been desperate to add a new striker to their ranks, as they currently do not have sufficient backup to premier goalscorer Harry Kane.

Mauricio Pochettino brought in Vincent Janssen in the summer as an alternative, but the Dutchman has struggled to find his feet in England and could leave in the summer.

Gameiro, on the other hand, could be a handy option, given his goalscoring pedigree. Prior to his move to Vicente Calderon last summer, the France international had been a big hit with Sevilla.

He netted 67 goals and 16 assists from 144 appearances for Sevilla, but he has yet to find such form at Atletico Madrid.

The striker does have 12 goals from 34 appearances this term, including a memorable hat-trick in the victory over Sporting Gijon at the weekend – the fastest in La Liga in 22 years – but he is not Diego Simeone’s preferred striker.

France compatriot Antoine Griezmann is the leading man at the Spanish club, and Gameiro is struggling to compete.

The Frenchman would be a very good addition to the Premier League, and could go a long way to helping end Tottenham’s search for a new striker. Gameiro would bring both European and international experience to White Hart Lane, and his prolific goalscoring touch would ease the burden off Harry Kane. Although Atletico Madrid may be willing to cash-in on the striker in the summer, they will be unlikely to consider any offers much below what they paid for him in the summer, so Tottenham would have to stump up a fee in the region of £35million to sign him. That could be considered a risk by Pochettino; particularly after the failures of £17million man Janssen. However, Gameiro could be a very good piece of business by Tottenham.

In other Tottenham transfer news, the club are confident of fighting-off six European super clubs in a bid to land this left-sided flyer.