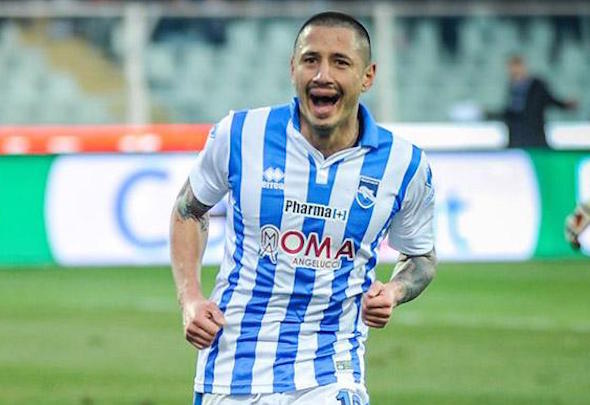 Tottenham have tabled a £4million offer for Pescara striker Gianluca Lapadula, according to a report.

Spurs are keen to beat Serie A big hitters Juventus and Napoli to the signing of the forward, who has dual Italian and Peruvian nationality.

According to Italian publication Gazzetta dello Sport, the Premier League title-chasers have already made a bid to land Lapadula.

The striker scored his 21st Serie B goal of the season for Pescara on Friday night in just 33 appearances and has also weighed in with 10 assists.

The 26-year-old has spent his entire career at relatively low profile clubs but his form has caught the eye of the Italian and Peruvian football associations and he could soon have a decision on where to play his international football.

His club future is also up in the air, with Juventus and Napoli said to be keeping a close eye on the late developer although Gazzetta Dello Sport report that neither team would be willing to match the sum offered by Spurs.

The north Londoners are second in the Premier League ahead of Sunday’s clash against Manchester United at White Hart Lane and retain hopes of ending their 55-year title wait.

However, leaders Leicester have a seven-point advantage over Pochettino’s team and could extend that to 10 points if they win at Sunderland in the first of Sunday’s kick-offs.

In other Tottenham transfer news, Pochettino has revealed the latest on his future at the club.