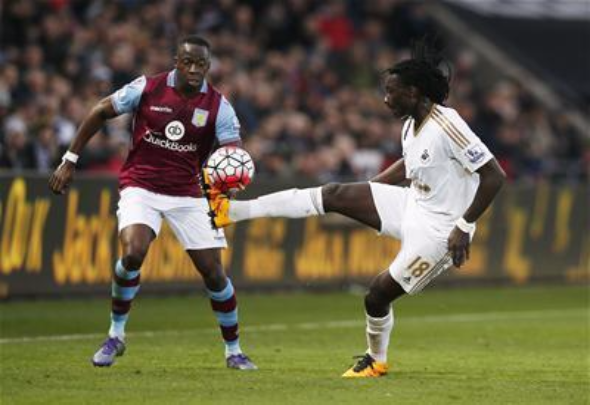 West Ham are planning a swoop for Swansea striker Bafetimbi Gomis this summer, according to a report.

French publication L’Equipe claims that the Hammers are eyeing the 30-year-old striker, but country giants Marseille are currently in pole position for the forward.

The Hammers were linked with the Frenchman in 2014 before he joined Swansea on a free transfer.

It is claimed that the powerful striker wants assurances of playing time next season and, with Marseille losing Michy Batshuayi to Chelsea this summer, it is understood that the Ligue 1 side can give him more time on the pitch.

It is believed that Marseille want to take Gomis on loan without a fee and want Swansea to pay a large percentage of his current wage.

The striker, who still has two-years left on his contract, scored seven goals in 35 appearances in all competitions last season.

Since moving to the Premier League he has scored a disappointing 13 league goals in 64 appearances.

The Hammers are reportedly looking for a new striker this summer, as attacking midfielder Dimitri Payet finished as the east London club’s top scorer last season with 12 goals in all competitions.

The Olympic Stadium side have been linked with a host of top class strikers this summer, which include Alexandre Lacazette, Carlos Bacca and Gonzalo Higuain.