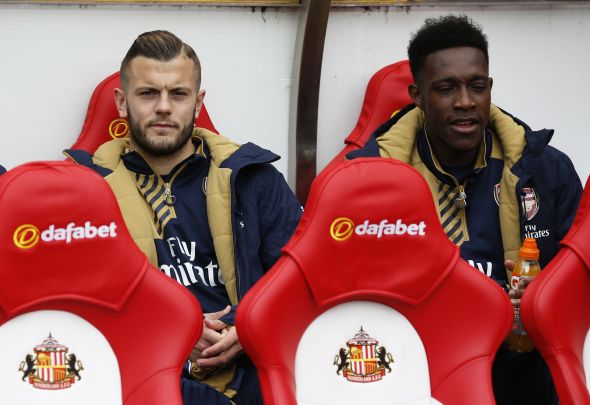 West Ham United are interested in signing Arsenal midfielder Jack Wilshere before the transfer window shuts, according to a report.

The Sun claims that the Hammers are struggling to secure the signature of Sporting Lisbon enforcer William Carvalho so they have turned their attention to the 25-year-old.

The newspaper reports that West Ham boss Slaven Bilic is willing to sign the Englishman on a season-long loan deal and then potentially sign him on a free transfer next summer.

Wilshere has failed to make a single appearance for the Arsenal first-team this season as he recovers from a serious leg injury.

However, the England international has featured in two matches for the club’s Under-23 side where he played more than a hour, provided an assist and received a red card in the most recent clash against Manchester City.

The midfielder current contract at the Emirates Stadium runs out at the end of next season.

This could potentially be a great deal for all parties involved. West Ham have endured a terrible start to the season and it appears that they need some legs in the midfield and Wilshere would certainly be able to provide that. Reports have suggested that Arsenal boss Arsene Wenger is willing to offload Wilshere this summer and if he stands any chance of making it on the plane to represent England in next year’s World Cup, the midfielder must move away from North London and join a club who will play him on a regular basis when he recovers from injury. It will be interesting to see whether the Gunners have changed their stance on Wilshere following their own poor start to the season.

In other West Ham transfer news, Jack Sullivan has made a Hammers transfer revelation.