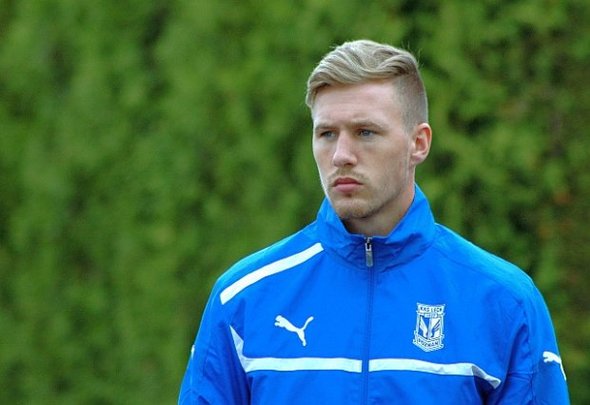 Wolves are on the verge of signing defender Barry Douglas from Turkish club Konyaspor, according to a report.

The Express and Star claim that the 27-year-old is close to securing a deal to the Championship.

It is understood that the fee is believed to be around £1million for the left-back and that he expected to be announced a Wolves player this week.

The report details that the the Black Country outfit appear to have beaten Scottish giants to his signature and have been able to offer a greater financial package.

Douglas will also have more first-team football opportunities at Molineux and the chance to fight for promotion to the Premier League.

Wolves manager Nuno Espirito Santo has moved quickly to strengthen the club’s backline ahead of next season, with the club aiming to improve on their 15th-placed finish last year.

However, they still do not have a recognised left-back in their squad and have been unable to fill the void properly since Scott Golbourne’s exit in 2016.

Douglas would arrive at Wolves as a senior left-back option and he is renowned for his attacking exploits.

The full-back made 31 appearances last season, including four in the Europa League, and managed five assists in return.

The Scotsman has never played in English football before, but is well travelled after spells in his homeland, Poland and Turkey.

Douglas would be a brilliant signing if Wolves can secure a deal for him and the £1million fee could be a bargain price. The left-back would fill a much-needed slot in the team and once again show the intent of manager to strengthen the team. The Midlands club are assembling a strong side and should be competing up by the play-offs next year. Douglas was playing in the Europa League last season and would be a major boost to Wolves. Meanwhile, Celtic should be bitter disappointed that they have been blown out of the water financially by a team from the English Championship, despite having Champions League football to offer.

In other Wolves transfer news, a top-flight manager has confirmed that a teenager wants to move to Molineux.