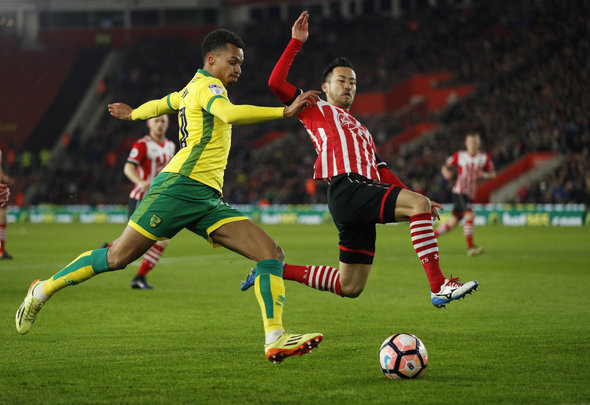 Wolves’ transfer target Josh Murphy has agreed a new contract with Norwich, it was announced on Tuesday.

Sky Sports claimed on their transfer centre blog on Monday (16:16) that the Midlands club had made an enquiry over the availability of the attacker.

The report detailed that Murphy was in talks with Norwich about a new deal, but the Canaries have confirmed he has extended his stay at Carrow Road.

Norwich revealed on their official Twitter account that the 21-year-old has agreed a new four-and-a-half year deal.

Josh Murphy has penned a new four-and-a-half year deal with the Canaries! 👍 @joshmurphy65

Murphy has played a bit-part role at Carrow Road this season, while his twin brother has featured much more regularly in the first-team.

The left winger has only managed 10 appearances this season in the Championship and is yet to complete 90 minutes.

However, he has made a greater impression in the EFL Trophy, scoring five goals in just four appearances.

Wolves boss Paul Lambert has previously worked with Murphy at Norwich, but will now have to turn his attention elsewhere as the youngster looks to break into the club’s starting XI.

Wolves’ pursuit of Murphy has reached a finale and he now looks set to battle for a place in the first-team on a more regular basis. The 21-year-old has shown glimpses of his qualities and will need to perform on a regular basis to make Norwich’s starting line-up. Murphy may have been a good fit for Wolves as adding creative players would improve their squad. However, Murphy is still developing and would find it difficult to walk straight into Wolves’ starting XI. The Midlands club may be better trying to finalise a deal for Ben Marshall, which is currently something they are struggling with. He is a more senior player and Wolves shouldn’t feel too down about missing out on Murphy.

In other Wolves transfer news, the club are in a five-team tussle to sign a prolific striker.