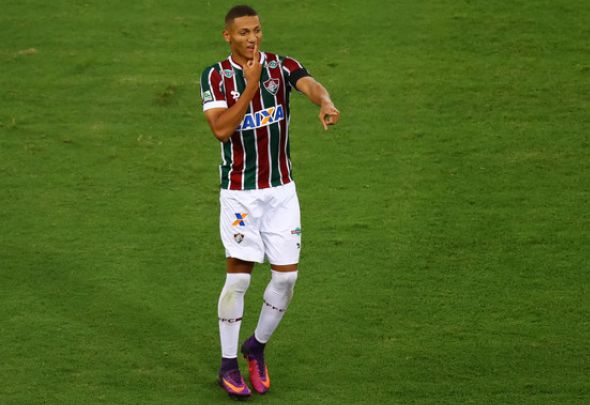 Mauricio Pochettino must throw Tottenham into the mix to sign Fluminense attacker Richarlison this summer, with Chelsea reportedly keen.

The Daily Mail claims Antonio Conte’s Premier League champions are looking to force through an eleventh-hour bid to sign the 20-year-old star.

It is said that the Blues have made an offer and it is likely that they would have to meet the £12million bid Ajax have submitted, with the Dutch side believed to have provisionally agreed a deal.

Pochettino is still yet to enter the transfer window this summer for new recruits, but if the north London giants want to beat Chelsea in the 2017-18 title race then they must add to their squad.

Football Insider examines just how Spurs would add the missing ingredient to their squad in Richarlison that would finally see them hold aloft the Premier League trophy.

Here are three reasons why, including the future of a number of fringe attackers under Pochettino: