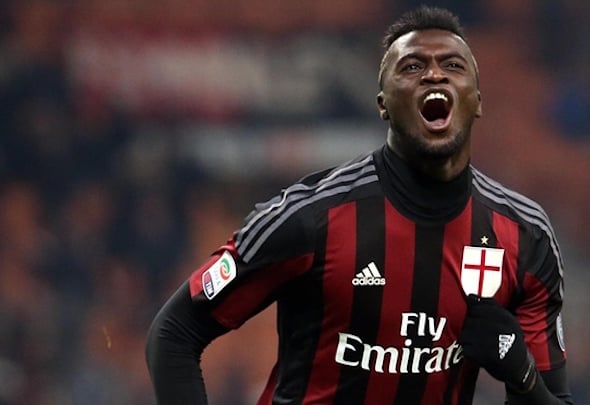 Tottenham have been offered £15million-rated AC Milan striker M’Baye Niang, according to a reliable journalist.

Daily Mail Football Editor Ian Ladyman has claimed on his personal Twitter account that Spurs had the chance of winning the race for the pacy forward, 22.

But the Milan spearhead is reportedly heading to Watford for the remainder of the season with a deal to be sealed before next Tuesday’s transfer window cut-off.

Sky Sports News correspondent Kaveh Solkehol has reported that Niang was due to have a medical at the Premier League club on Thursday after agreeing a loan-to-buy deal.

Solhekol revealed on his personal Twitter account that Watford have an option to buy Niang in the summer for a fee of between £13million and £15million.

This comes after the Daily Star claimed earlier this month that the French speed machine was interesting West Ham.

However, Watford look to have stolen a march on the Hammers as they close in on a move for Milan’s number 11.

Niang has made 18 appearances for the Serie A giants this season, scoring three goals and providing three assists.

The former France Under-21 international has made 77 appearances in total for Milan, which have yielded 12 goals and 10 assists.

He signed for the club ini 2012 from French outfit Caen but has had loan spells at Montpellier and Genoa during the intervening period.

Spurs were correct to turn a blind eye to Niang. The striker has struggled to live up to the sky-high reputation he had when he was cutting a swathe through youth-team football in his teens. If he was the immediate answer to Tottenham’s need for top-quality cover for Harry Kane, then AC Milan would not be so willing to let him go. Niang has the tools – speed, power and technical ability – but not the track record. At least, Vincent Janssen had the latter. Tottenham are better off sticking with the Dutchman. One non-scoring expensive striker is enough.

In other Tottenham transfer news, a striker has put pen to paper on a transfer after Spurs agreed terms.