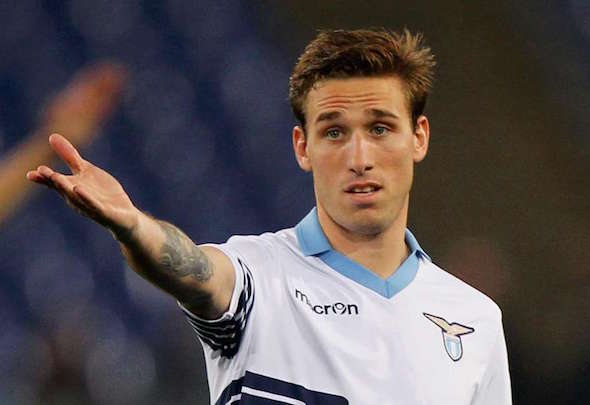 By Editor Wayne Veysey | Former Evening Standard, Press Association and Goal chief correspondent with 17 years experience of breaking big stories, including exclusives like this
Follow me on Twitter @footyinsider247
Arsenal are targeting midfield trio William Carvalho, Lucas Biglia and Bruno Soriano in the January window, Football Insider sources understand.
Arsene Wenger is in the market for a midfield anchorman after the loss of Francis Coquelin for between three and six months.
As revealed by Football Insider last week, the Gunners will send scouts to watch all of William Carvalho’s pre-Christmas matches as they weigh up a move for the Sporting Lisbon star in the winter window.
An Arsenal recruitment source has also told Football Insider that Wenger will consider loan options if the club are unable to agree a permanent arrival.
Lazio’s Lucas Biglia and Villarreal’s Bruno Soriano are among those being considered for a short-term deal.
Carvalho, 23, has been on the radar of Arsenal for a number of years – he came close to joining the club on deadline day in the summer of 2014 – while Biglia, 29, and Soriano, 31, are considered solutions to the team’s midfield problem.
All three players are defensive midfielders and have the pedigree to slot straight into Wenger’s team.
Wenger has been forced to turn to Mathieu Flamini after injuries to Coquelin and Mikel Arteta as well as long-term absentee Jack Wilshere, who has played in the anchorman position for England.


Speaking at his media briefing last Thursday about Arsenal’s recruitment plans in January, Wenger said: “We are in a position where we want to do something.
“If I find the right quality I will do something. Who doesn’t love a bargain? What is for us a bargain is to buy top quality as only top quality strengthens our squad.