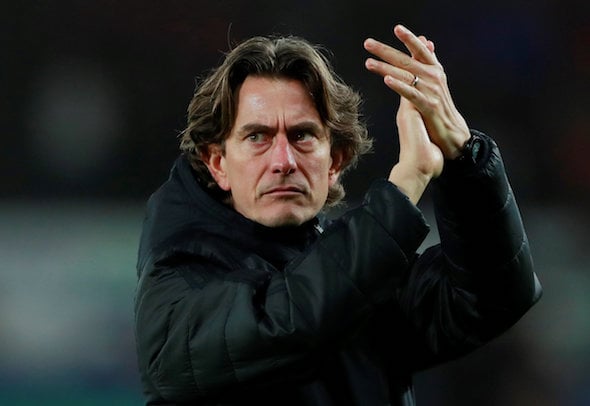 Wigan have been leading the chase for Johnson, but a Brentford source has told Football Insider the club have expressed an interest in the Jamaican.

Johnson was an unused substitute for Preston in their opening day loss to Millwall and they are prepared to sell him by Thursday’s transfer cut-off if their £1.5million valuation is met.

Wigan saw a loan bid for Johnson rejected for Preston last month, but they are expected to come back with a new offer for the former Aston Villa man.

However, they now face competition from Brentford, who are looking to add to their squad before the transfer window closes on Thursday.

Brentford have money to spend before Thursday’s deadline and they are ready to make a bid for Johnson as they look to strengthen their goalscoring and creating options.

Johnson has made 185 appearances for Preston since joining from Aston Villa in January 2015.

Johnson, who did not make the Villa first team but has also played for Chesterfield and Oldham Athletic in the Football League, has an impressive scoring and goal creation record in the English second tier.

He scored seven goals and supplied five assists from 38 matches in all competitions last season, with 35 of those games coming in the Championship.

In other Brentford news, it can be REVEALED that this Championship club are one of three in the division battling to sign Chelsea ace training with the first team after Frank Lampard green light.