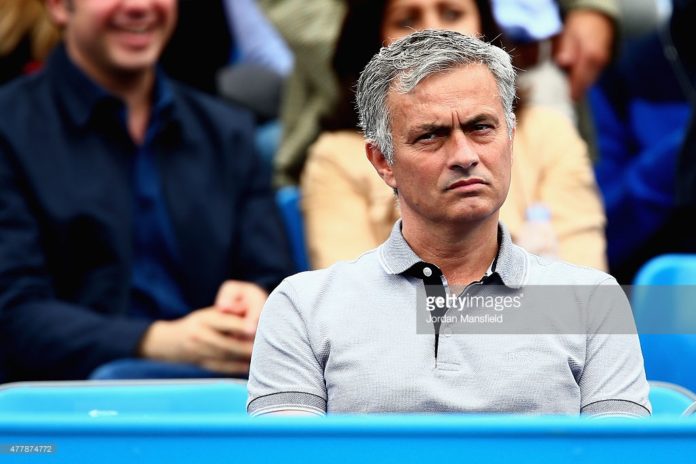 Mourinho claimed afterwards that “two or three” individual performances were well below par as he criticised his team in the wake of their second defeat in four Premier League matches this season.
The Chelsea manager did not elaborate on who was the target of his ire, merely claiming that “one of them stayed on for 90 minutes”.
Sources have told Football Insider that the three players whose performances most disappointed Mourinho were double-winning 2014/15 Player of the Year Hazard, Fabregas and Ivanovic.
The trio stayed on the pitch for the full 90 minutes, but that was because they offered greater goal creating or goal scoring potential as Chelsea chased the game in the second half than the three who were substituted. Cesar Azpilicueta, Willian and Nemanja Matic were replaced at minutes 66, 68 and 73 respectively.
Speaking after only the second home loss of his Chelsea career, Mourinho blamed “a failure of individual performance”.
He added: “I am not happy. I cannot say I had 11 men performing. Two or three of them their individual performance was not good, I made mistake not to change one of them who stayed on for 90 minutes. I needed a fourth substitute, and I only have three.”

Mourinho praised the performances of Kurt Zouma, Gary Cahill, Azpilicueta and Diego Costa among his own players.
Hazard and Ivanovic have played the full 90 minutes in each of Chelsea’s four league matches, after starting all 38 games last season. Fabregas has missed only 14 minutes this season and was also a virtual untouchable in 2014/15, starting 33 league fixtures.
The Portugese made it clear that his out-of-form players could face the axe when Chelsea play Everton in a fortnight’s time.
Mourinho said: “If a player is not performing, there are two ways of looking at it. You wait for performance to come, or maybe the moment has arrived where you have to change. I could go either way.”