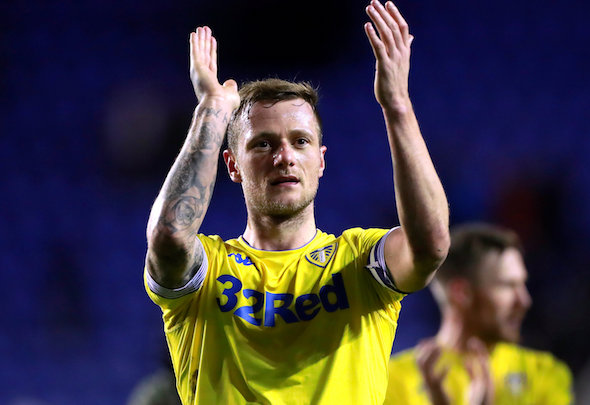 Leeds United are increasingly hopeful Liam Cooper will be available for selection after the international break, Football Insider understands.

The centre-back and club captain broke down with a groin injury in United’s 2-1 Championship win against Blackburn Rovers last Saturday.

A Leeds source has told Football Insider that Cooper is making good progress in his recovery and there is growing confidence he can feature again this month.

His latest injury is not regarded by the club’s medical staff as a really serious one even though he pulled out of international duty for Scotland during the current break.

Scotland, who cannot qualify from Group I but may do through a Nations League play-off, are away to Cyprus on Saturday then host Kazakhstan three days later.

Cooper will miss both games but hope he can be in contention to start for Leeds as they prepare for key three league matches in eight days.

Leeds travel to Luton Town on Saturday of next week, then they head to Reading three days later, before they host Middlesbrough at Elland Road on 30 November.

Cooper is an integral player for promotion-chasing United.

He has formed an excellent partnership this season with loan star Ben White, with Leeds conceding just nine goals from their 16 league matches, the best record in the division.

Cooper has started 11 of United’s 12 league games this season, missing the other four due to injury.