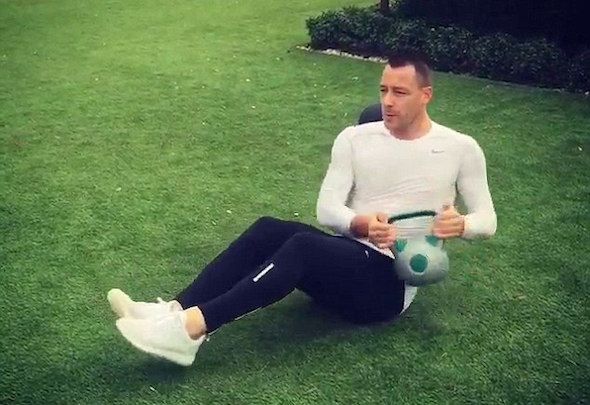 By Chelsea correspondent Tony Hughes
John has been maintaining his fitness during the international break by doing boxing sessions with a personal trainer.
The Chelsea skipper took to Instagram on Tuesday morning to share a video of himself taking part in a boxercise session.

The 34-year-old defender, whose form has been under scrutiny during Chelsea’s wretched start to the season, wants to ensure he is in peak physical condition when his team return to action against Norwich at Stamford Bridge on Saturday.

“Smashing a few sessions during the international break making sure I stay fit,” Terry wrote on social media site Instagram alongside the video.

Simmonds wrote: “After 45 minutes of Boxing. We ended the session with 15 minutes of Core. Three of the eight core exercises I put John Terry through. No time off for JT during the international break.” [sic]

Last weekend Terry was able to get some minutes under his belt as he played alongside former England team-mate David Beckham during a UNICEF charity match.