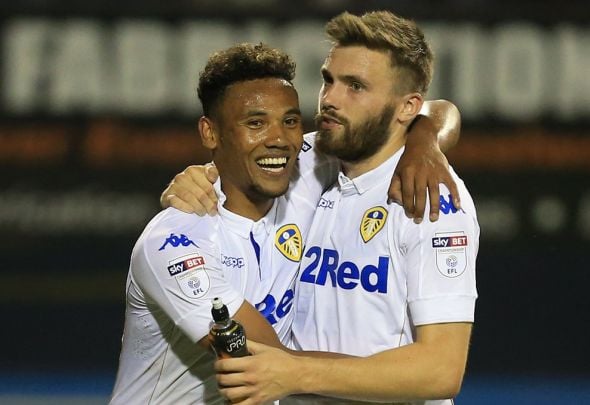 Leeds United left-back Tyler Denton has told his agent to find him a new club this summer after accepting he won’t make a first-team breakthrough under Marcelo Bielsa, Football Insider understands.

The defender, 23, has spent the last two seasons out on loan, at League One club Peterborough this campaign and League Two outfit Port Vale the year before.

A Leeds source has told Football Insider that the club will listen to offers for Denton this window and the player is now looking to move on from his home-town club.

The home-grown star graduated from the youth ranks at Elland Road to make three appearances for the first team, all of which came during Garry Monk’s season as manager in 2016-17.

But Denton has been unable to take the next step at Leeds and neither of his seasons out on loan have been especially satisfactory. The Dewsbury-born defender has made just 14 appearances for Peterborough this season, after 21 matches at Port Vale in the previous campaign.

He has a year remaining on his Leeds contract but the likes of Barry Douglas, Ezgjan Alioski, Leif Davis and Stuart Dallas, not to mention 2018-19 loaned-out pair Laurens De Bock and Tom Pearce, are ahead of him in the left-back pecking order.