Leeds United are committed to paying more than £25million towards a world-class training headquarters that is set to move a step closer next Wednesday, Football Insider understands.

The Championship club have been locked in discussions with decision-makers in a bid to secure a new home on the edge of the city centre.

A Leeds source has told Football Insider the entire project, which will include new bases for the first team and academy, is expected to cost more than £25million, although the final figure is not yet known.

It will be a number of years before the new training ground is completed as the club are still working their way through the planning process before building work can begin.

Council chiefs have indicated the plan will be approved when they go before Leeds City Council’s executive board on Wednesday of next week.

That will be a major boost to chairman Andrea Radrizzani and the United board as they look to secure a new home on the northern edge of the M621, just a few hundred metres away from Elland Road.

It will include high-class performance sports pitches and gyms, specialist nutrition facilities and physio rooms as well as a Category One status academy set-up.

Should Leeds, who are currently based at Thorp Arch, gain the approval of council, there are a number of hurdles to still climb in the planning process.

Site surveys will need to be undertaken and the club will need to submit a detailed planning application within the subsequent next 12 months, that will require a full public consultation process.

In other Leeds United news, it can be REVEALED that the club are set to lose loan star in the January window after developments. 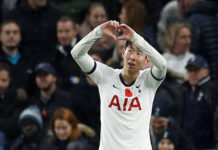