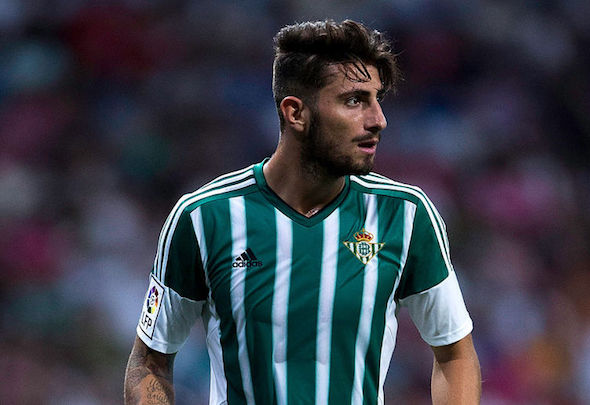 City are in the market for an emerging right-back as doubts grow over the long-term futures of Pablo Zabaleta and Bacary Sagna.

Piccini is on the radar of City following a series of impressive performances in La Liga this season since his summer move from Fiorentina.

A City source has told Football Insider that City have offered a contract to Piccini via third party representatives in a bid to entice him to Etihad Stadium.

The 23-year-old has made 14 appearances in the Spanish league for Betis and has also caught the eye of Arsenal, Inter Milan, Atletico Madrid and Paris Saint-Germain.

City want a right-back who can eventually replace Zabaleta, who turns 31 next week, and Sagna, 32.

The Frenchman has been first choice on the right side of the Premier League side’s back line this season due to the injury problems suffered by Zabaleta.