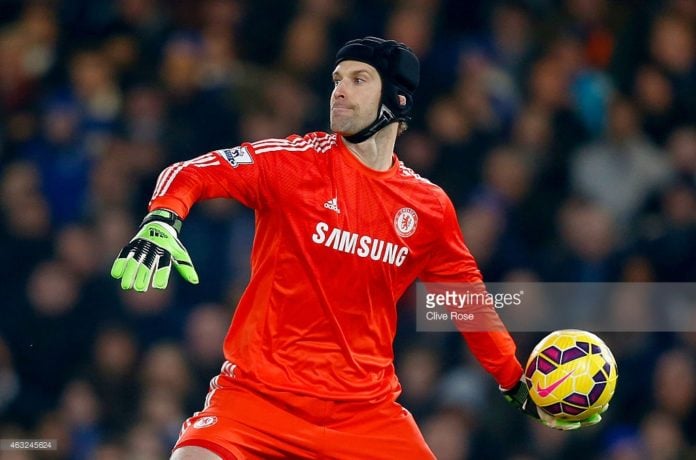 By Chelsea correspondent Tony Hughes
Petr Cech will receive a pay-off from Chelsea as he completes his £11million move to Arsenal, Football Insider sources understand.

The goalkeeper is in line for a ‘golden goodbye’ of around £1.5million as a reward for his 11 years of service at Stamford Bridge.
Football Insider understands that the pay-off was negotiated by Cech and his representatives last week at a meeting in which he told the club he wanted to join Arsenal.
The 33-year-old, who has agreed the terms of a three-year contract with Arsenal worth more than £100,000-a-week, leaves Stamford Bridge with one year remaining on a deal worth £5.7million-a-year.
Chelsea did not offer an extension once it became clear that he wanted to move to a club where he would be the undisputed No1 following a season deputising Thibaut Courtois.
Nevertheless, owner Roman Abramovich has given his blessing for Cech to be handed a pay-off both for severing his ties with the club a year early and for being such a central figure in the most successful spell in the club’s history.
This comes after Abramovich over-ruled manager Jose Mourinho and gave his blessing for the Czech international to move to rival club Arsenal.

Mourinho made it clear he did not want to strengthen a team he regards as a title rival next season but Abramovich felt Cech had earned the right to move to a club of his choosing.
As reported by Football Insider, the goalkeeper underwent a medical at Arsenal on Friday and will complete the formalities of an £11m switch to Emirates Stadium over the weekend.