Andrea Radrizzani’s £300million Leeds United masterplan has been hit by a major blow as the EFL threaten to remove the safety net of parachute payments, Football Insider understands.

Speculation of a United takeover has been a backdrop to a campaign that has left them automatic promotion favourites, with French publication L’Equipe reporting ongoing talks with the state-owned and super-rich Qatar Sports Investment (QSI).

Fuel has been added to the fire by Leeds owner Radrizzani in occasional interviews as well as his attendance at a PSG Champions League match as the guest of Nasser Al-Khelaifi, the PSG president who also runs QSI. 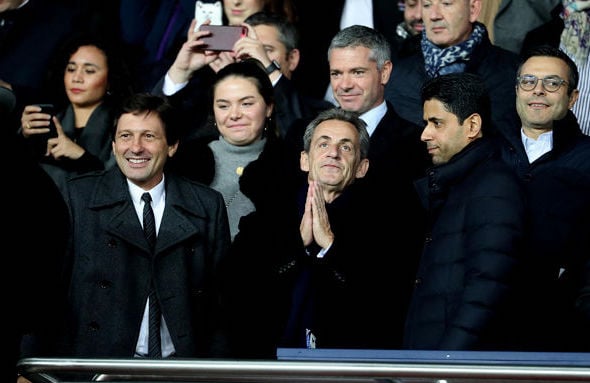 A Leeds source has told Football Insider that Radrizzani is privately confident the club will be worth more than £300million if they go up this season and have two full campaigns in the Premier League.

The Italian businessman and his boardroom allies believe United will be worth another £250million through establishing themselves in the top flight.

However, Radrizzani’s private valuation is also dependent to some extent upon the current parachute payment system that guarantees monies to relegated Premier League clubs.

Clubs who stay in the Premier League for at least one season before relegation receive a third-year payment of £15.2m.

That potential £95.2m windfall could be consigned to history if EFL chairman Rick Parry gets his way.

He made the seismic claim to MPs yesterday on the Digital, Culture, Media and Sport select committee that the system is “an evil which needs to eradicated”.

Nevertheless, Radrizzani is likely to use Leeds’ potential, massive fanbase and growing commercial appeal as key planks in discussions to sell the club.

The club reported a £21m loss in their most recent set of accounts, but turnover increased to nearly £50m for last season.

Radrizzani revealed earlier in the season that he is considering an offer from QSI to take the Yorkshire giants to a level where they could “compete with Manchester City”.

The word coming out of France is that QSI’s interest is a long-term one, with the possibility of initially acquiring a minority stake.

It remains to be seen how that would be affected by the global pandemic that has caused such financial chaos to football.

He reduced his 100 per cent holding last year to around 88 per cent when 49ers Enterprises, the investment branch of the San Francisco 49ers, bought £11 million worth of shares, thought to be around 12 per cent of the club.

That valued Leeds at £45million at the time.

In other Leeds United news, a club ambassador has tipped Bielsa to sign “incredible” Premier League winner after big-name manager “throws him under the bus”.