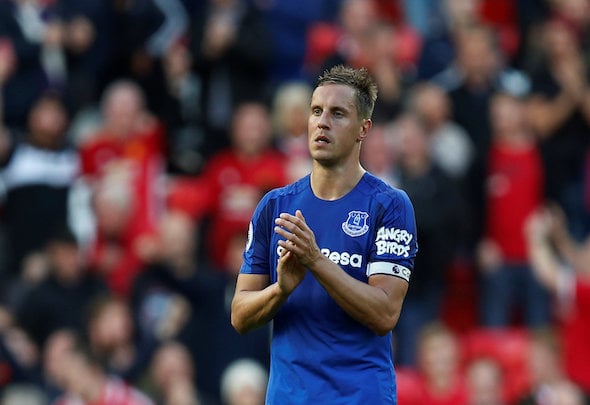 Rangers have set their sights on an ambitious move to bring Everton skipper Phil Jagielka to Ibrox this summer, Football Insider can reveal.

The Glasgow giants are in the market for a new centre-back as two of their current senior men, Joe Worrall and Gareth McAuley, are set to leave within weeks.

An Ibrox source has told Football Insider that manager Steven Gerrard is keen to assess the possibility of enticing Goodison veteran Jagielka, 36, to Scotland for one final challenge in a glittering career.

Jagielka is out of contract at Everton this summer and will be available on a free transfer if he does not agree an extension.

He slipped down the pecking order following the arrivals of Yerry Mina and Kurt Zouma last summer but has recently been restored to the side and played the full 90 minutes in wins over Arsenal and Fulham last month. It remains to be seen whether the former England man has done enough to convince manager Marco Silva to extend his stay at the club he joined from Sheffield United in 2007.

Jagielka has accumulated 385 Everton appearances as well as 40 England caps and is held in huge esteem by fans of the Premier League club.