Daniel Levy is the highest-paid director in the Premier League, according to the mostly recently published financial figures.

The Tottenham chairman has leapfrogged above Manchester United vice-chairman Ed Woodward to become the best paid ‘suit’ in the English top flight.

This places the long-serving Tottenham chief at the top of the Premier League boardroom pay stakes, above Woodward, who earns £2.52million, and Arsenal chief executive Ivan Gazidis, who is on £2.23million.

The pay of Levy, Woodward, Gazidis and others are matters of public record and, although Ferran Soriano, their counterpart at Manchester City, is not a boardroom director, it is estimated that his pay is in the £2million-plus bracket.

Clubs publish the renumeration levels of their top-paid directors in annual end-of-year accounts, although some clubs don’t specifically name them.

Other highly-paid executives – all details of which are available from published reports at Companies House – include Chelsea’s Marina Granovskaia, who is on £1.425million, and Liverpool’s Ian Ayre, whose annual deal is £1.2million. 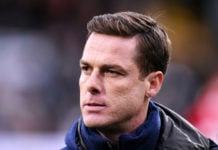