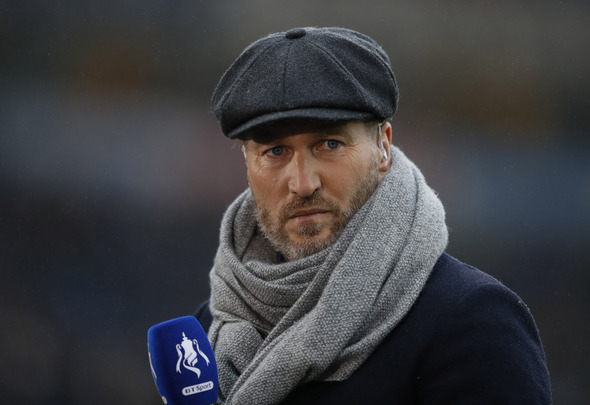 Robbie Savage has rubbished Chris Sutton’s claims that Celtic’s Champions League defeat to Paris Saint-Germain was an embarrassment because they simply “aren’t that good”.

The two pundits locked horns on BT Sport Score on Saturday afternoon when they fiercely debated how poor Celtic’s 5-0 defeat to PSG was.

Former Hoops striker Sutton has made his feelings known about the result, but Savage has rejected his claims, even though he admits to have never watched the game and was only going by what he saw on paper.

“No [I didn’t watch the game] but I’m going by the result,” said Savage, as shown on BT Sport Score’s official Twitter account on Saturday.

“It’s not embarrassing to lose 5-0 at home to PSG, you’ve got to understand Chris, Celtic aren’t that good.

“They’re good in their own league but in Europe they’re not that good – get used to it.”

Tempers flared as Sutton repeatedly tried to argue against Savages claims by saying that Celtic have had “big scalps” in Europe in previous years before adding: “You don’t know what you’re talking about.”

Celtic bounced back from their defeat to PSG by mauling Ross County at Parkhead on Saturday as they returned to Scottish Premiership action to keep their unbeaten streak going.

Tom Rogic, Moussa Dembele and a James Forrest brace gave the Bhoys a comfortable 4-0 win over Ross County as they kept themselves top of the league standings.

Neymar, Edinson Cavani and Kylian Mbappe were all in top form as they demolished the Hoops on Tuesday night in the first group stage clash in this season’s Champions League.

In other Celtic news, Sutton explains why Brendan Rodgers will quit Parkhead.