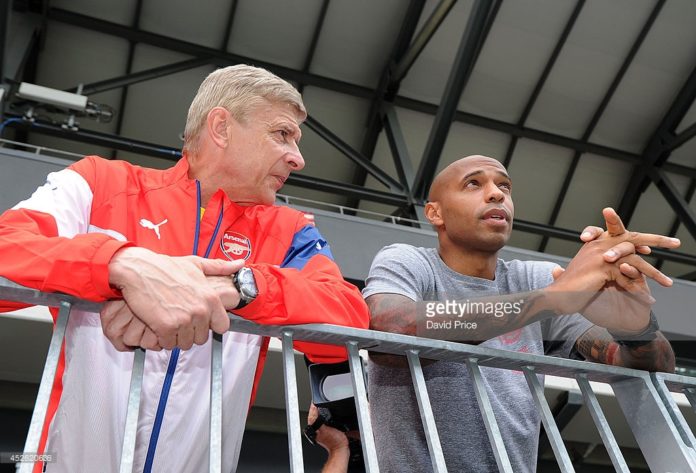 Robert Pires has admitted that Thierry Henry could one day manage Arsenal.

Henry, 39, is currently serving as an assistant coach with Belgium under Roberto Martinez.

Both Pires and Henry were integral parts of Arsenal’s invincible side who went unbeaten for the entire 2003-04 Premier League season.

“I am very happy for Thierry because he wants to be a manager,” Pires told The Mirror. “Maybe one day (at Arsenal), of course, why not?

“Henry and Arsenal have a very good relationship. I don’t know what is going to happen in the future by maybe Henry will be on the bench for Arsenal.”

Henry retired as the Gunners all-time top goalscorer before completing his A licence with the north Londoners youth teams.

The Arsenal legend was rumoured to have fallen out with former boss Arsene Wenger upon leaving the Emirates to focus on his role as a pundit for Sky Sports.

Henry had made damning remarks about Olivier Giroud in his role as a pundit, while still coaching with the Gunners.

It appears that any issues have been brushed aside though after Pires’ latest comments and fans will now be hoping to see Henry in charge at the Emirates once Wenger steps aside.

In other Arsenal news, Alex Iwobi is in line for a bumper new contract six months after signing his previous deal, according to report.