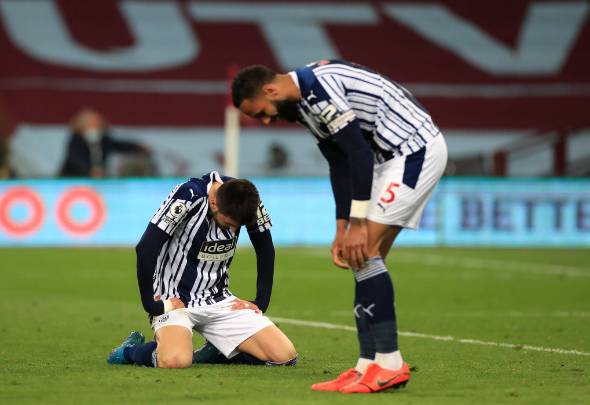 West Brom have no hope of staying in the Premier League after a late error cost them all three points against Aston Villa.

With just minutes left on the clock, Kyle Bartley and Sam Johnstone made a hash of a crossed ball into the box as Keinan Davis took advantage and levelled the scores. 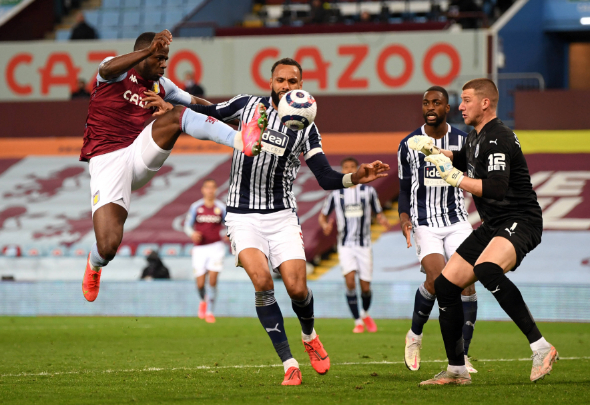 The result leaves Albion 10 points from safety after Burnley’s 4-0 win over Wolves easier on Sunday.

Robinson insists that West Brom blew all hopes of a great escape with their late error and the goal will have felt like a ‘knife to the heart’ for Sam Allardyce.

“If they had any opportunity of staying in the league, that was it last night against Villa.

“They played well actually but when you’re down there the luck goes against you and you can’t concede late goals like we saw on Sunday night.

“That will really feel like a knife to the heart, especially after Burnley’s result earlier in the day. That’s pretty much condemned them.

“There was no communication from either of them, they’ll blame each other but they were both at fault.”

Bartley, 29, has impressed under Allardyce’s management and racked up his 100th appearance for West Brom when he stepped onto the pitch to face Villa.

Albion face Wolves in another midlands derby on Monday evening as they look to complete a double over their city rivals after January’s 3-2 win at Molineux.