Paul Robinson is “hugely worried” by Real Madrid president Florentino Perez’s comments regarding Liverpool and other clubs who have agreed to join the European Super League.

Speaking exclusively to Football Insider, the former Spurs and England number one said while the owners of the 12 involved clubs will be “shocked” by the reaction to the announcement it is not a decision they will have taken lightly.

Perez, who will chair the new European Super League, told El Chiringuito TV that ‘the contract is binding’ when asked whether clubs could pull out.

Florentino Perez to El Chiringuito: "The contract of the #SuperLeague is binding. Nobody can leave, we will work all together. All the clubs signed the contracts last Saturday, there's no problem". 🚨

Robinson is deeply concerned by the prospect of the Premier League’s ‘big-six’ being held to the deal.

“It is hugely worrying for Liverpool and Tottenham, and the others,” he told Football Insider.

“I do not think it is a decision that has been taken lightly by any of these clubs but I also do not think they expected a backlash like this. Nobody could have predicted the reaction.

“Nobody knew the announcement was coming and the reaction that has followed will have shocked the owners of these clubs. They would not have had a clue because with this decision they clearly do not understand the thoughts of fans, players or managers. A lot more is going to come out. 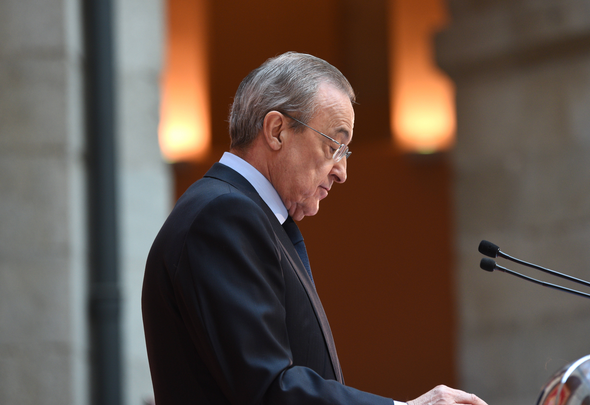 “Perez’s statement had a lot of holes in it. The way he has conducted himself in the past leaves a lot to be desired.

“This whole thing stinks to me. It is just clubs trying to get out of debt.”

In other news, Liverpool are interested in signing Villa 2020 signing this summer.