Rangers striker Alfredo Morelos has issued a come-and-get-me plea with his recent comments in the press, according to Paul Robinson.

The former Spurs and England goalkeeper, speaking exclusively to Football Insider, suggested Steven Gerrard would be disappointed with the 24-year-old’s remarks ahead of two big games this week.

Speaking to Colombian network Caracol Radio, Morelos revealed how he “dreams” of playing in the Premier League. 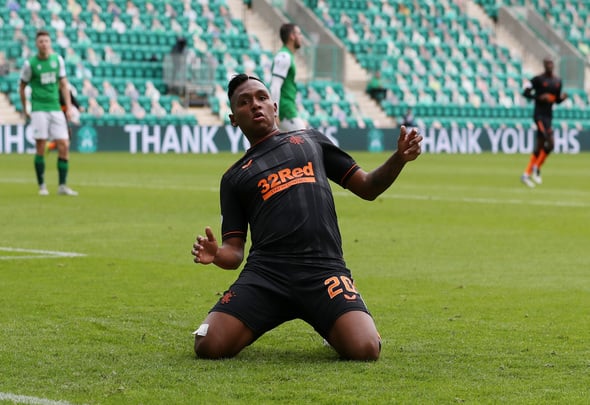 He revealed he is excited by the prospect of “very big teams” watching him in the latter stages of the Europa League, provided the Gers can overcome Slavia Prague on Thursday.

Morelos has contributed 15 goals and 12 assists in 36 appearances across all competitions this season.

When asked for his assessment of the centre-forward’s comments, Robinson told Football Insider correspondent Dylan Childs:

“Gerrard does not want to hear that, especially ahead of a big game.

“The Premier League is always a big draw for players so to hear him say that is no surprise. It is the best league in the world and you are financially rewarded for playing in it. The draw will always be there.

“Morelos has put his head above the parapet and said, ‘I’m open to moving this summer, come and have a look at me.’

“It is difficult situation for Steven Gerrard having just won the league. Morelos, one of their best players and their best goalscorer, making noises like that is not ideal but it is something Gerrard will deal with.

“Rangers will have contingency plans in place if he was to leave, even though I am sure they would like to keep him.

In other news, £400m deal can rocket Rangers revenues past Celtic next season.