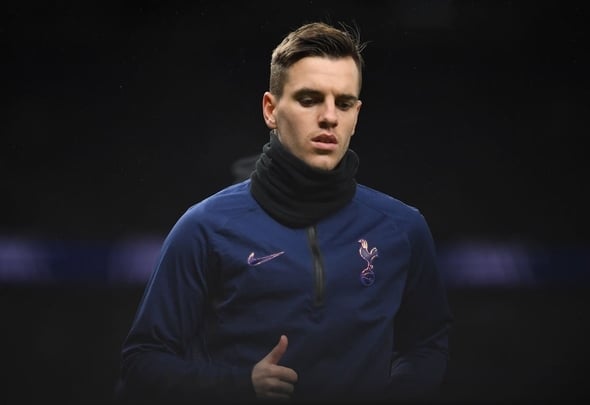 Speaking exclusively to Football Insider, the former White Hart Lane favourite claimed the 25-year-old should have been utilised as part of a flat midfield three against Manchester City.

Lo Celso endured a difficult afternoon on Sunday, as Pep Guardiola’s side won their fourth consecutive League Cup with a 1-0 win over Spurs. 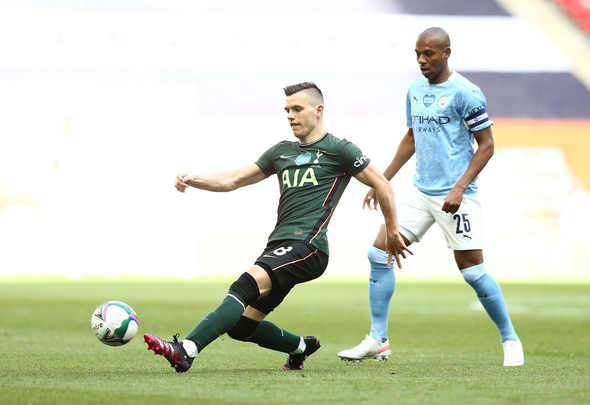 The Argentine midfielder had little to no influence on proceedings at Wembley and touched the ball just 27 touches – his goalkeeper Hugo Lloris had double as many (54). (Sofascore)

Robinson suggested Lo Celso, who was signed by Mauricio Pochettino in August 2019, has endured a dip in form because of recently dismissed manager Jose Mourinho.

“I was surprised when I saw the team and Lo Celso was playing in an advanced role,” he told Football Insider. “He’s far better in a deeper position for me.

“I think they should have matched City up and gone for a 4-3-3 with Lo Celso deeper alongside Hojbjerg and Winks.

“I am a big fan of Lo Celso but he was another that did not have an easy time under Jose. He has been in and out of the team so I think he will benefit from the change in management.

“Someone else will give him fresh perspective and a new lease of life.

“He has it in his locker to play higher up the field and more defensive but I think he needs to be given one or the other.”

In other news, a top pundit has claimed Tottenham may fork out £30million to land their next manager.