Celtic take on Dundee on Boxing Day as their busy December schedule finally draws to a close.

The Hoops have played seven games in the month so far, and despite their unbeaten run finally coming to an end against Hearts, Brendan Rodgers will have been pleased to see his side got eight points clear at the top of the league following the 3-0 win over Aberdeen.

With only matches against Dundee and Rangers left before next month’s winter break, the Hoops manager will be wanting to pick up maximum points from the two matches, which is why there will be few changes from the team that beat Aberdeen so convincingly.

It is likely that the Hoops boss will make only one change to his side which could come in the midfield, otherwise, Rodgers is expected to keep faith with a winning team.

This is the team that Football Insider expects to see at the start of the game at Dens Park. 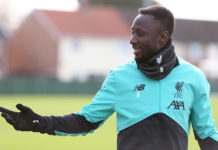