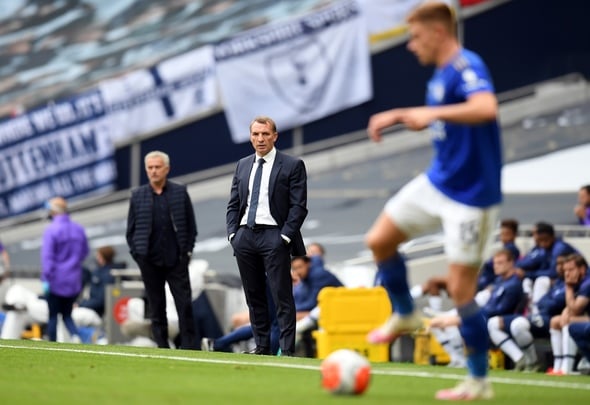 Tottenham could still tempt Brendan Rodgers to quit Leicester City – but it would take a “huge” amount of money.

That is according to former Spurs defender Alan Hutton who, speaking exclusively to Football Insider, insisted the 48-year-old would also have to be given complete control to contemplate leaving the Foxes.

As revealed by Football Insider this week, sources have said Daniel Levy believes Rodgers can be lured to north London and is lining up a move for the Leicester boss.

Spurs have been long-time admirers of the 48-year-old and he was Levy’s first choice to replace Harry Redknapp back in 2012.

However, Sky Sports claim Rodgers is not interested in leaving Leicester, who currently sit third in the table, to join seventh-place Spurs.

Hutton admitted he would be surprised if Tottenham were able to pull off a coup for the former Celtic and Liverpool boss.

However, he suggested a huge transfer budget and free reign could sway things Spurs’ way.

“I said Rodgers but that’s because I know that he’s a good manager and what he brings to the table. I do believe he could turn that round at Tottenham.

“But to convince him to leave a Champions League team? He’s obviously built an incredible squad, new training ground. They’re a team that’s a project for him, that’s going in the right way, that it looks like he’s enjoying.

“To get him out of there, it’s going to take a huge amount of money. In terms of compensation, wages, everything. Then also allowing him to be in charge of a lot that goes on. players coming in and out.

“He would need a big bundle of cash to sort it out. If that’s there, I mean, that has to be there for them to really move forward.

“I think it’s going to be too difficult if I’m honest. I’d be very surprised if Rodgers leaves Leicester to go to Spurs.”

In other news, a pundit claims one senior player will not play for Tottenham again after an agreement is reached.